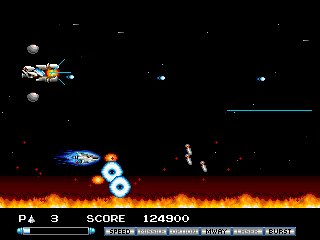 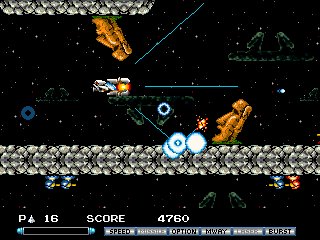 Back in the eighties Konami ruled the world of SHMUPS with the Nemesis (or Gradius) series. But Irem Corp. (known also from  Lode Runner and Kung Fu Master) released a killer shoot-em up called: R-Type.

With end-bosses sized the entire screen, different directions scrolling and much more advanced techniques this new shooter rocked our homecomputers!

This remake is somewhat of a tribute to both Konami's Nemesis Legacy and Irem's R-Type as it has influences from both games. Still it's mostly R-Type and a very good remake for Windows to begin with.

Original release date
Back in 1988