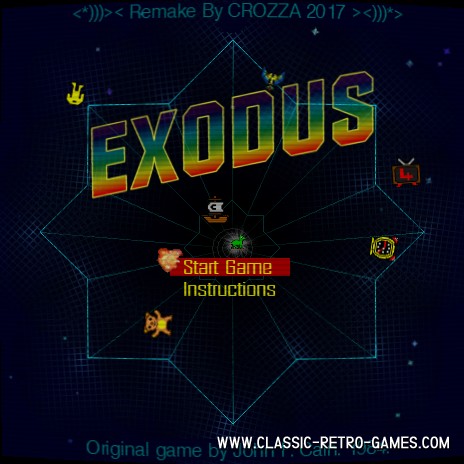 Exodus was released back in 1984 by Firebird Software which we know from titles like Rick Dangerous and I/O. While those games were polished and have a large fanbase, Exodus wasn't as succesful. An Exodus literally means the mass departure of people.

And that is what this game is all about as well. For some reason many creatures and objects are trying to leave an octagon shaped containment area. Also known as The Pit. It's your job to shoot the escapees, a bit harsh, but that's how things work at The Pit. But beware not to shoot the goodguys in the process.

Did you play this 8-bit wonder in your childhood? Then you're in luck! As PJ Crossley remade this game for you to play on your Windows PC. Enjoy! 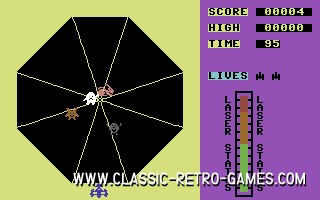