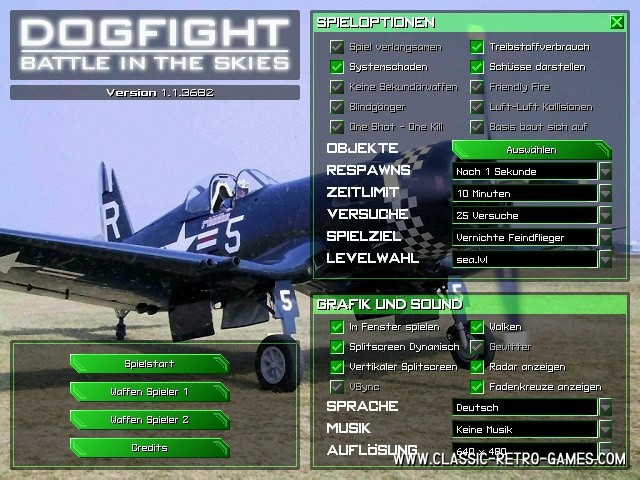 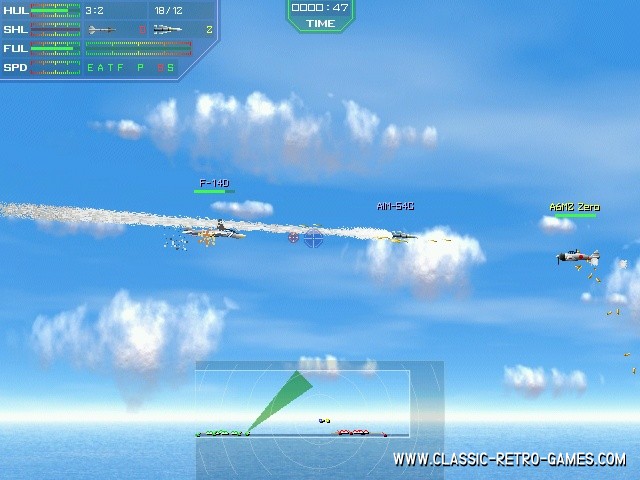 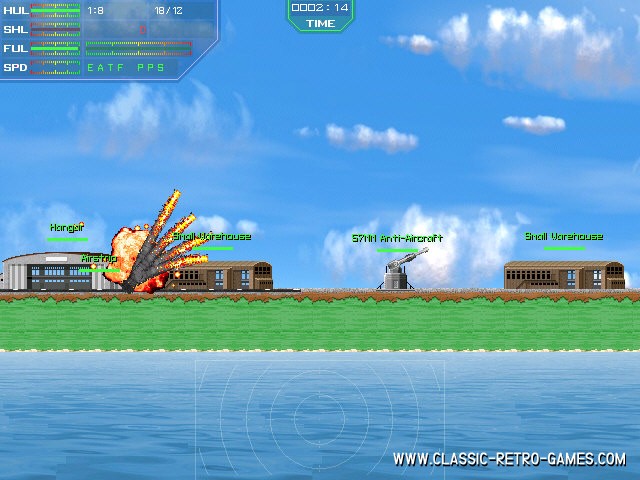 Dogfight has a great two-player gameplay. While both players are playing on the same computer, the screen is split and shows each player on one half. Until, however, the players get in visual contact. At that time the screen changes to one view in which the players have to attack eachother.

In this remake the gameplay hasn't changed, however the graphics are a bit modernized. Also the interface is in German, so you may have to find your way through that. But other than that, this is a great tribute to the original game from 1990. 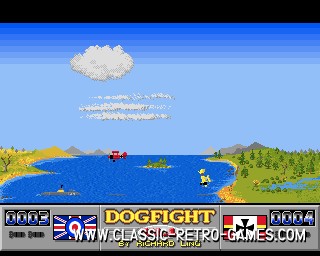