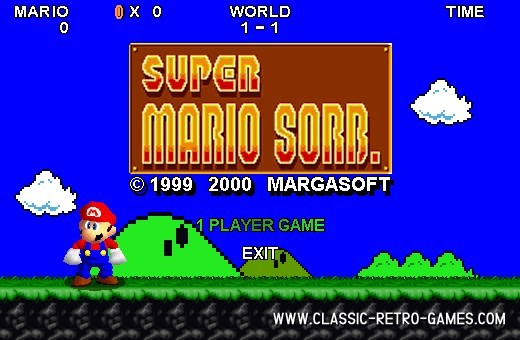 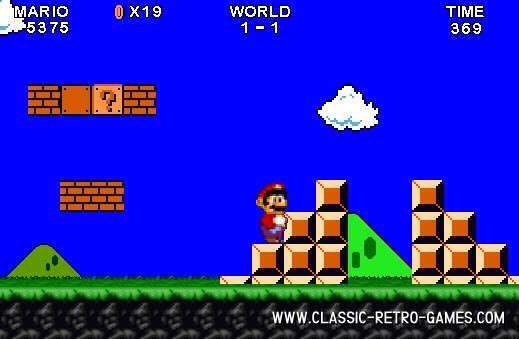 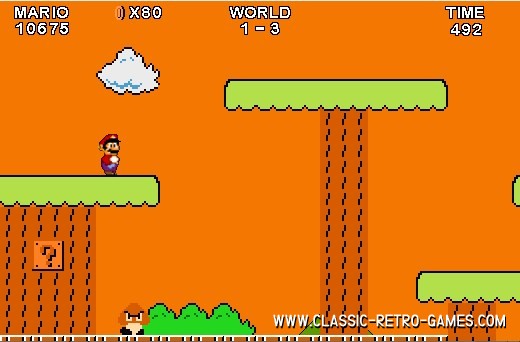 Fantastic remake of Nintendo's classic Super Mario Bros. It even features a two player mode! The 1985 worldfamous NES game was remade for Windows by Margasoft in 1999. Although it's a while back, you can still enjoy this great retro remake for free on your Windows PC. Just download Super Mario Bros. remake and doubleclick to play. Works on both Windows 10 and 11.

This fan remake is pretty true to the original game, though it has some differences. The game was create with gamemaker which shows to be a great system for platform games. The music is all exactly as you would expect it to be in Mario including all the soundeffects. It's just a small download, so quickly get to it and play it once again. 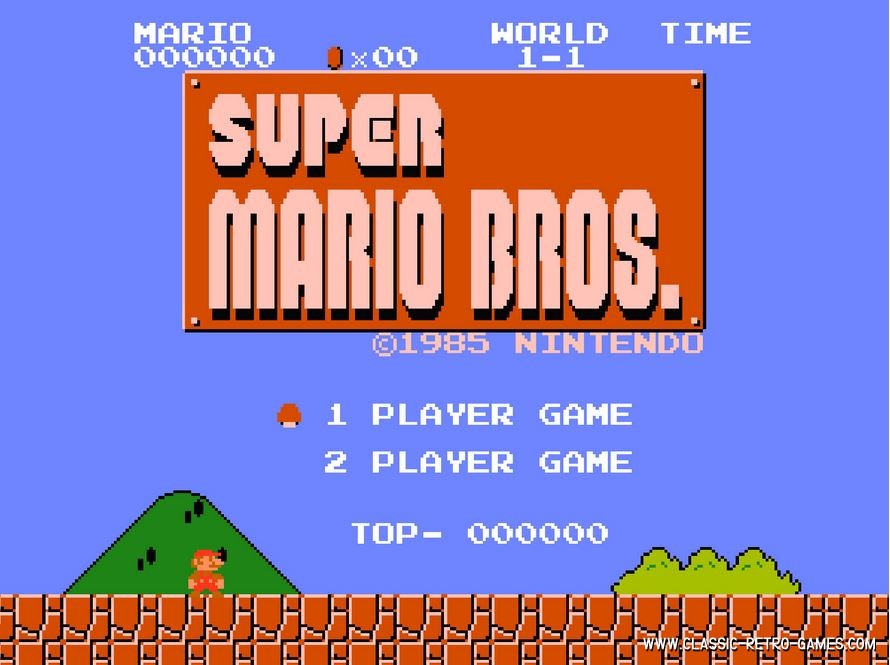