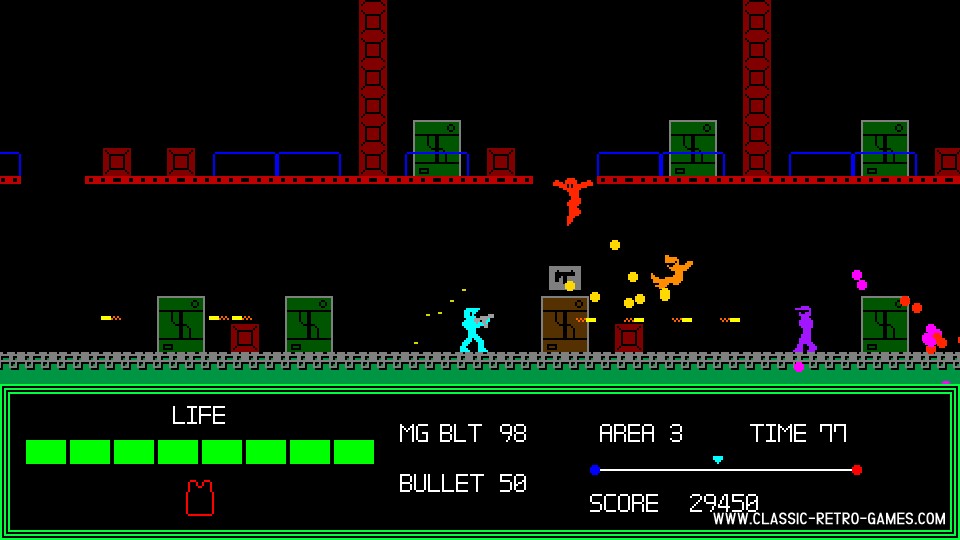 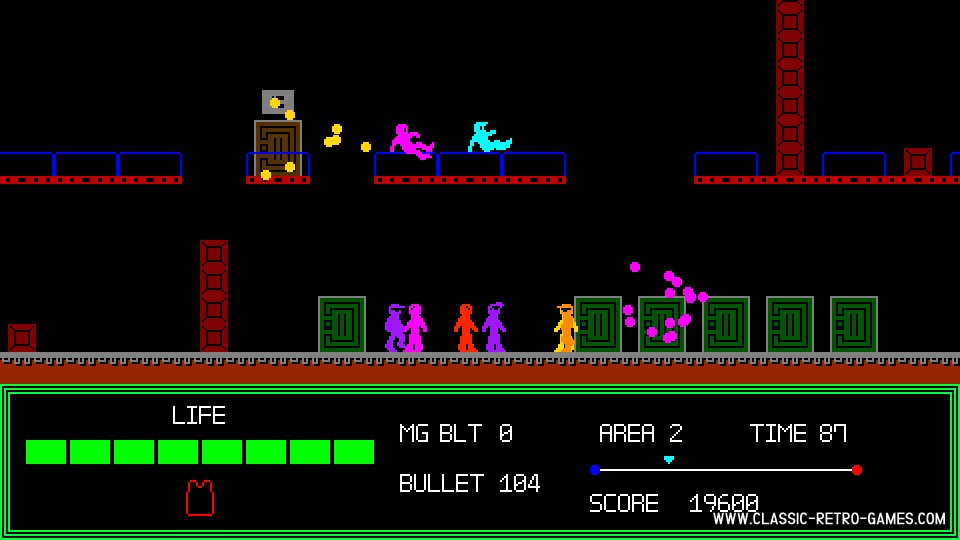 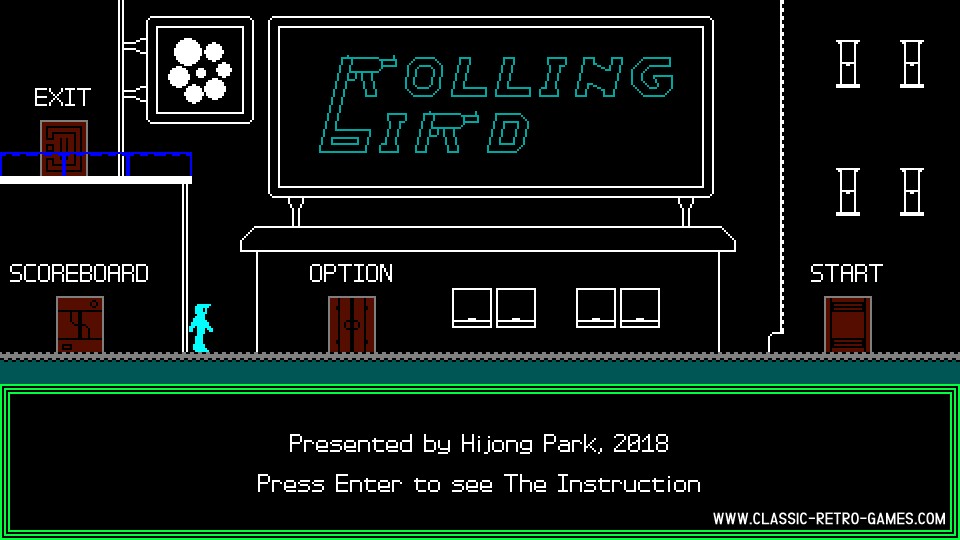 Whenever I was in the arcade hall Rolling Thunder always got my attention. The hooded enemies, the smooth character animations, the simple yet challenging gameplay... It all was really attracting me to this game. And while the concept of this game is actually very simple, dodge enemies and shoot them, it's not a simple game to win. There are just so many enemies that you'll be easily overwhelmed or suprised by them.

While the ports to Amiga, C64 and NES are admirable, they cannot compete in any way with the Arcade original. This makes the remake by Hijong Park, which is more of a tribute, look the most like the ZX spectrum version. The gameplay and animations feel exactly like Rolling Thunder though. That makes this game really worth a try! 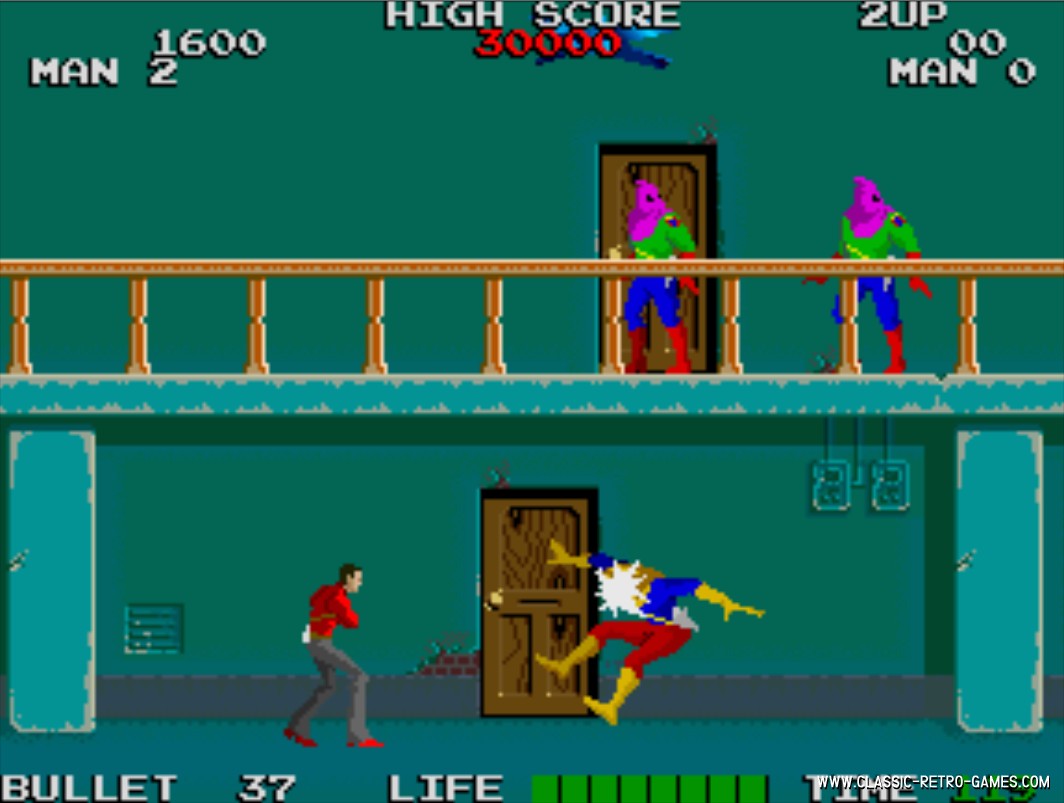