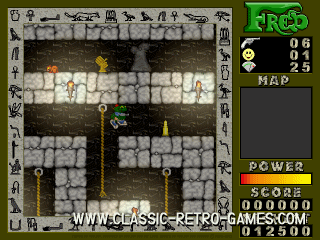 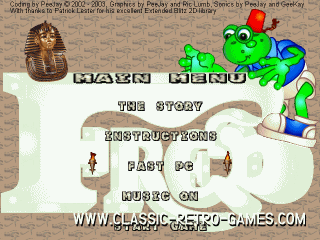 This is a remake of the ZX Spectrum game released by Quicksilva (or Indescomp.) It also appeared on the Commodore 64, and also on the Amstrad CPC, but was renamed to "Roland on the Ropes" for no obvious reason. It has taken about 18 months to come to fruition, due to losing everything through a hard drive crash, apathy towards the game itself, and learning a new job. In the end, though, I decided it was time to just get stuck in and get it finished.