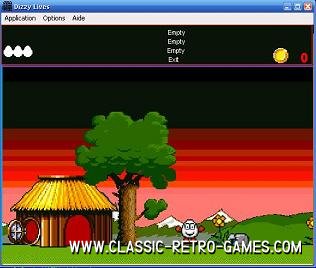 Dizzy is a classic video game from 1986 that was developed and published by Codemasters. The game was originally released for the Commodore 64, ZX Spectrum, and Amstrad CPC computers, and it quickly became a fan favorite for its unique gameplay and charming graphics.

In Dizzy, players control the titular character as he embarks on a series of adventures to save his friends from the evil wizard Zaks. The game features colorful, cartoon-like graphics and smooth animation that were impressive for the time.

One of the key features of Dizzy is its unique gameplay mechanics. The game is a platformer, but it also incorporates elements of puzzle-solving and exploration. Players must navigate through a series of levels, collecting items and using them to solve puzzles in order to progress.

Another unique aspect of Dizzy is its non-linear level design. The game allows players to explore and complete levels in any order they choose, which adds a level of replayability and freedom to the game.

In recent years, Dizzy has been remade by indie game developer Musti. The updated version of the game features enhanced graphics and improved gameplay mechanics, making it a faithful and modernized version of the classic game.

Dizzy remains a beloved game among fans of classic computers and platformers. Its charming graphics and unique gameplay make it a timeless classic that continues to be enjoyed by gamers today.