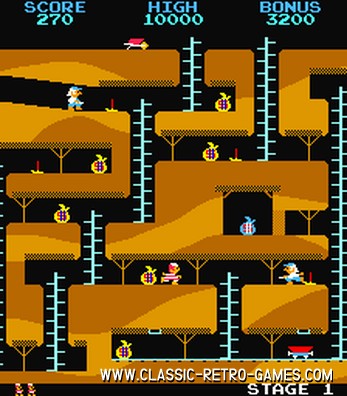 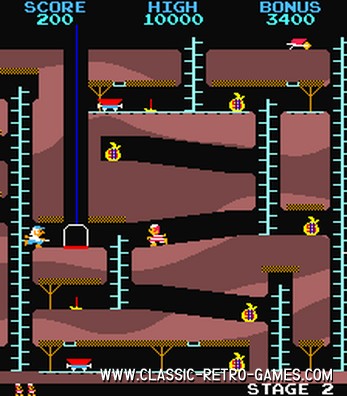 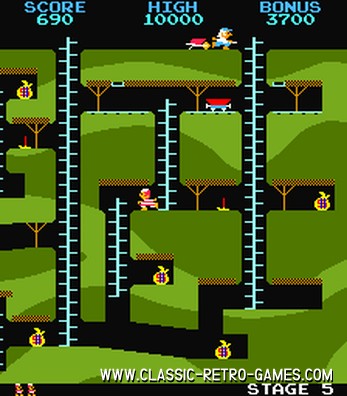 Bagman is one of those games that was inspired by many games but added so much original gameplay, that it in itself inspired other gamedeveloper as well. It's not hard to see elements from Spooks and Ladders or Lode Runner in Bagman. And on the otherhand the elevators seem to have influenced The Goonies, while the pick-axe seems to have inspired King's Quest, the last two both by Konami. Or maybe we're just seeing things that aren't there?