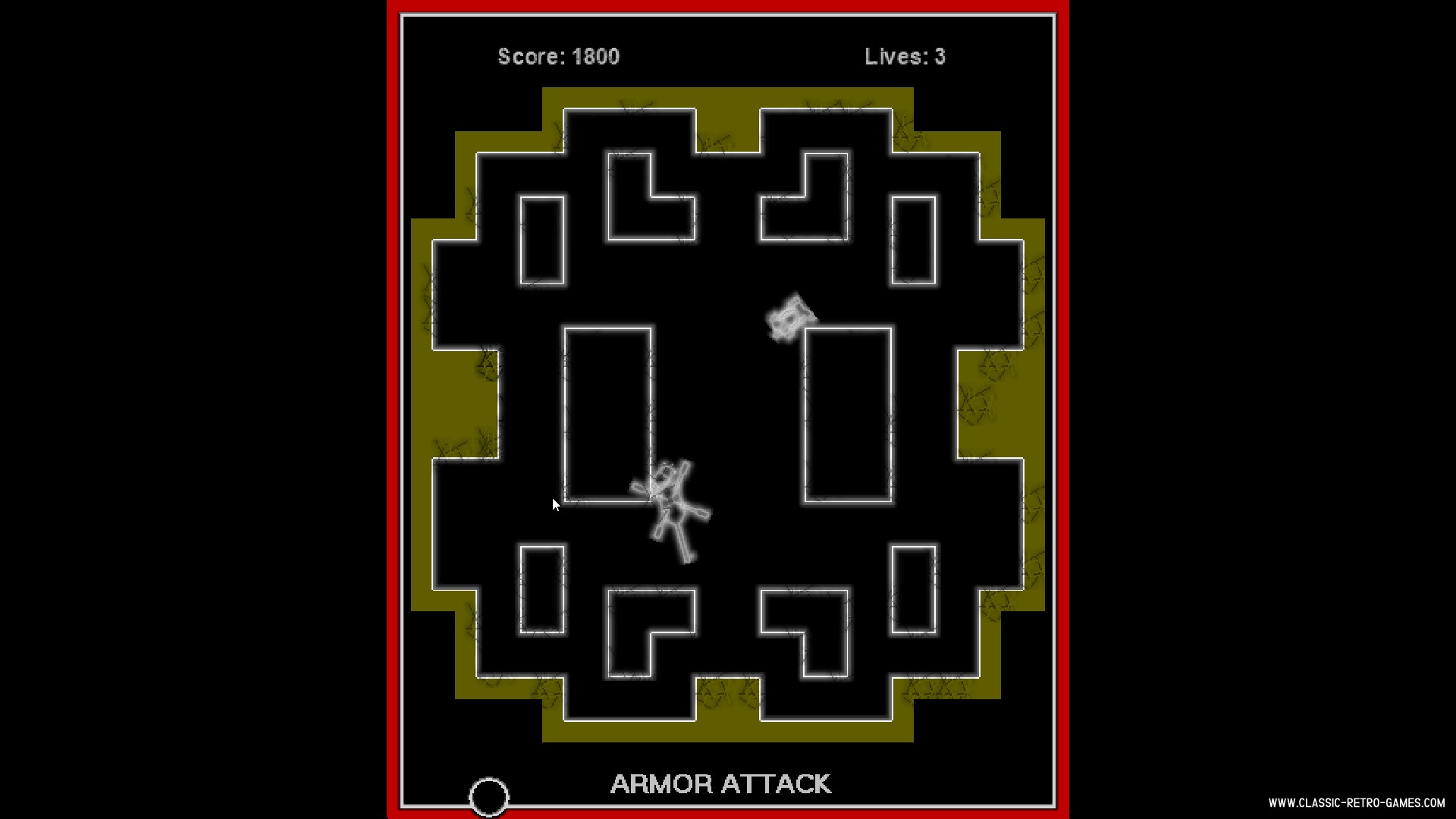 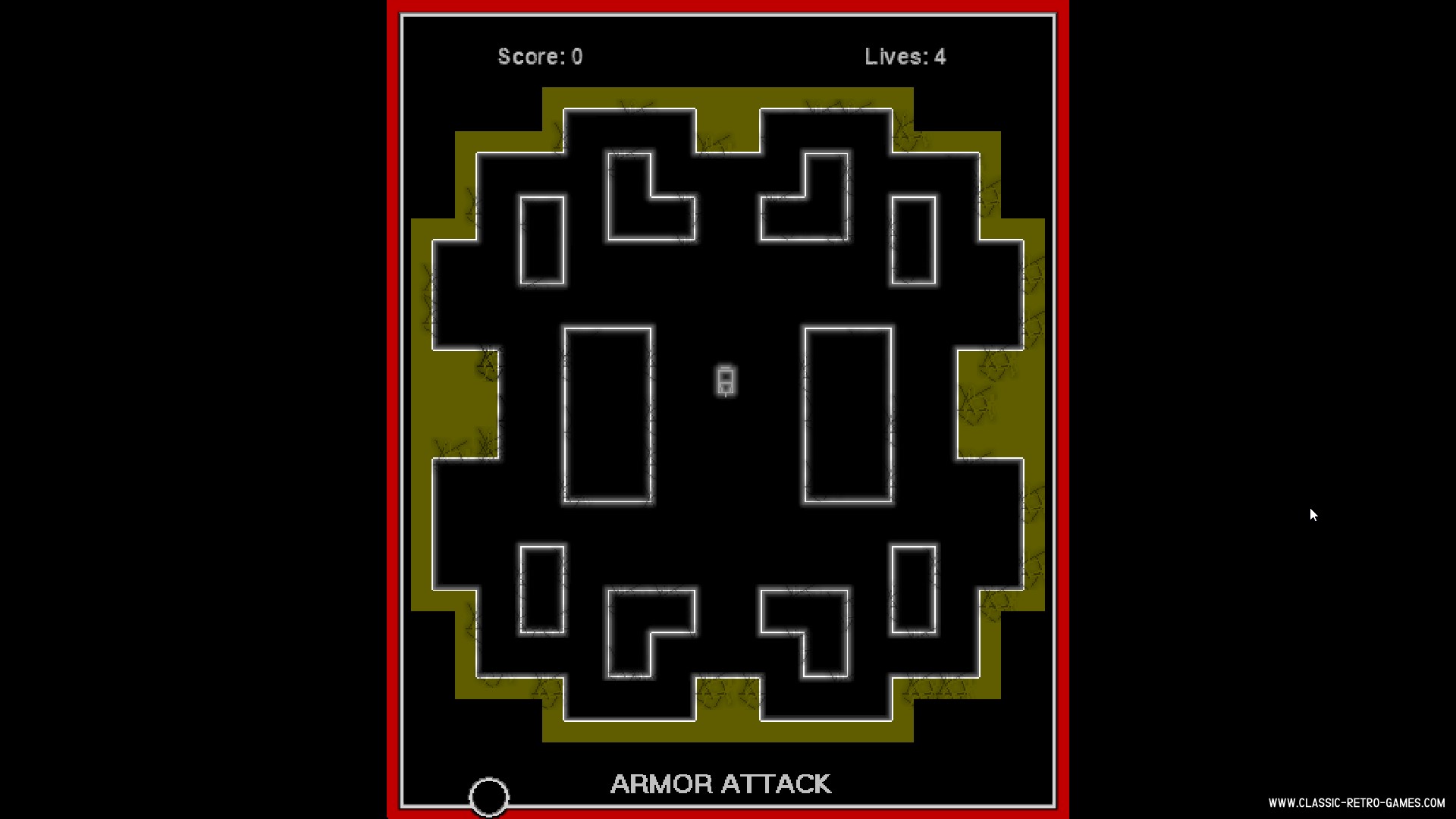 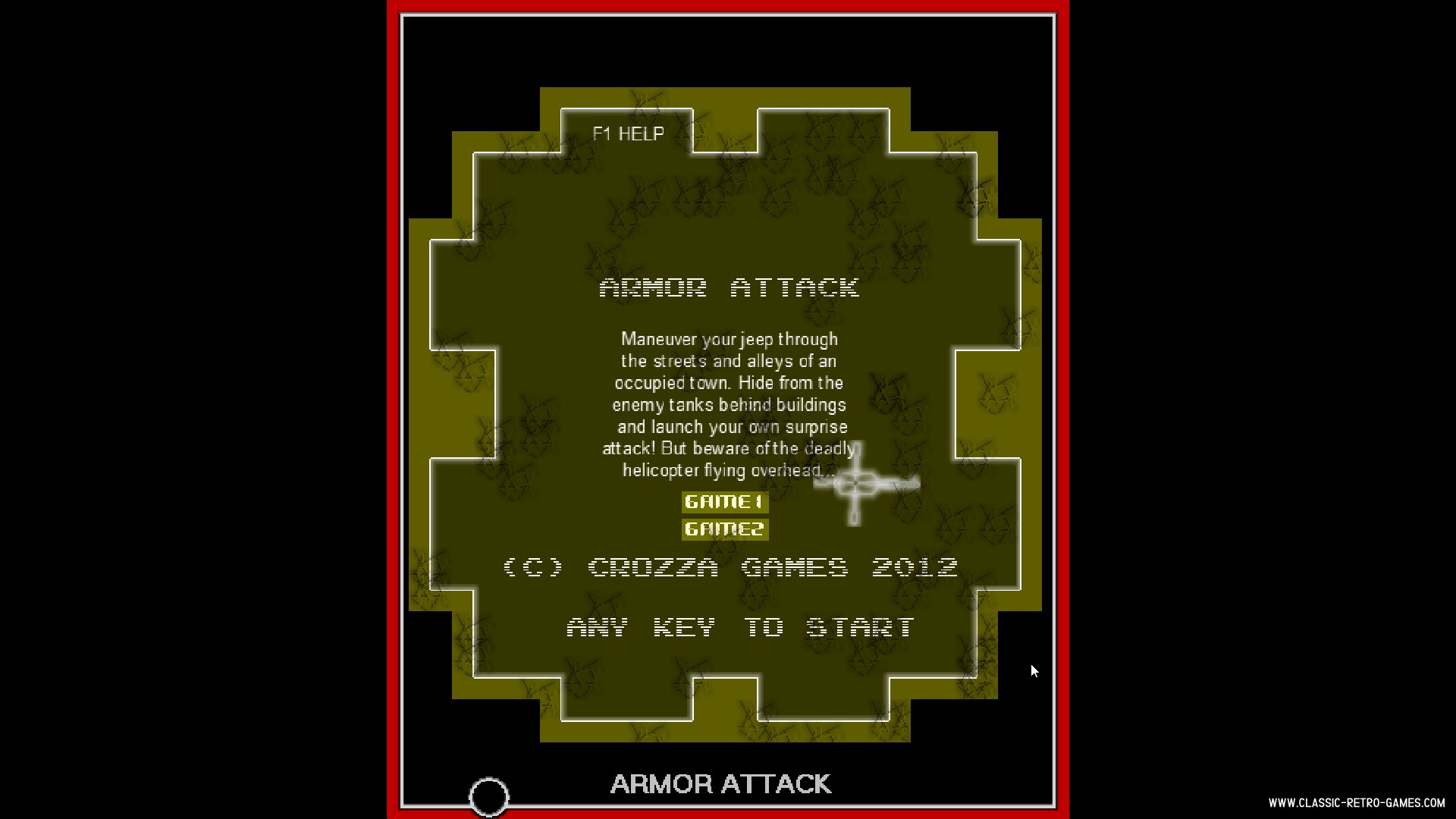 Some of you will remember the great Vectrex console with its plastic overlays that were actually part of a game. In Armor Attack the playing field is actually displayed only by overlaying the plastic monitor cover. Otherwise you would only see the tank and helicopter vector graphics.

In Armor Attack you must defend yourself in a small maze from attacking tanks and helicopters. You can do so by firing rockets from our own tank. And you can hit both land and air targets with them. Amazingly this game also has a two-player mode in which you can attack eachother instead of shooting the enemy.

Armor Attack was licensed to Sega and was released for the Arcade at first in 1980. Two years later it was also released for Vectrex consoles. And now it has been remade for Windows PC by Crozza Games. Enjoy! 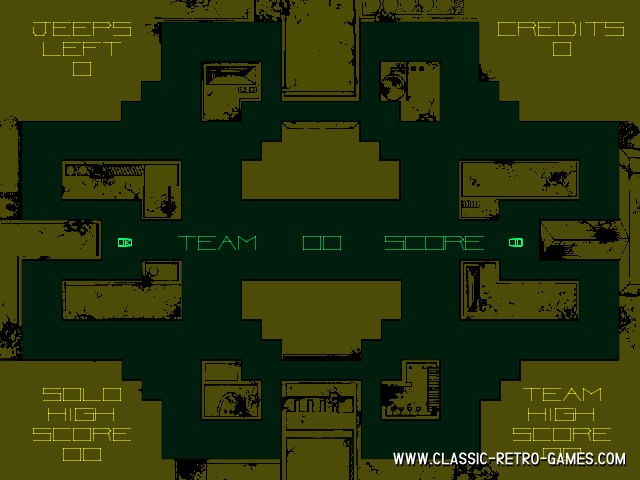