You are the Green Beret, a highly trained combat machine. This platforma action game was released by Konami but not developed by Konami. The quality (mostly gameplay wise) are thus not of Konami standard. Also the title of this game is interesting. Just say "Rush 'n Attack" fastly and you'll understand the second meaning of the title. 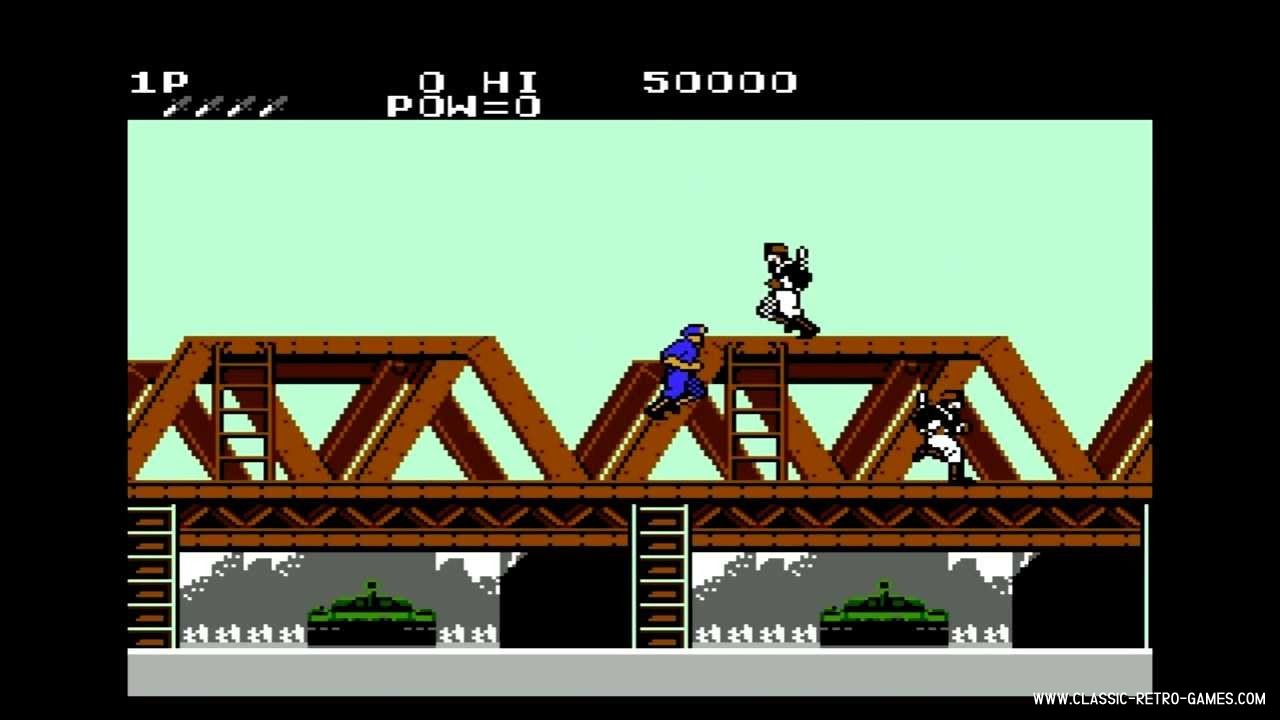