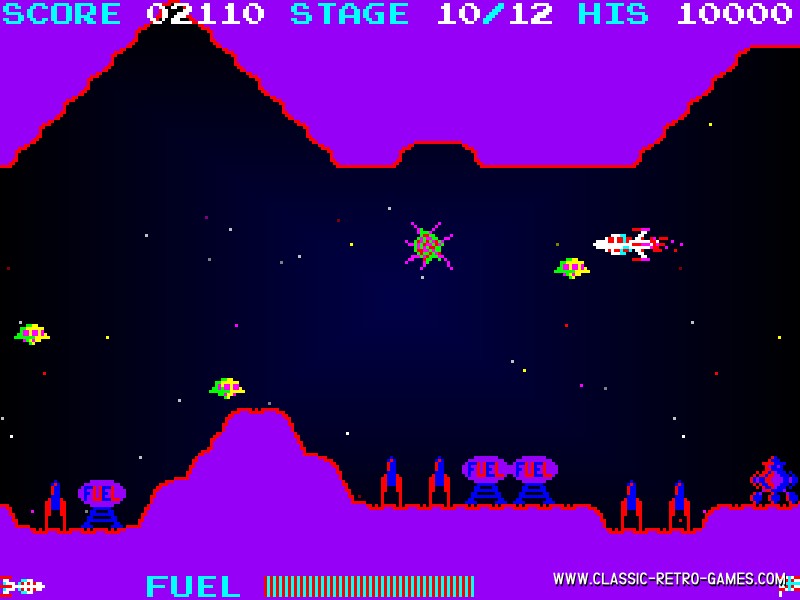 This is a remake of Scramble It looks like a clone but it has improved graphics and an extra level! Scramble is a real video game classic. It was first released in 1981 as a coin-op videogame. Due to it's popularity it soon got ported on systems like the ZX-Spectrum, Commodore 64 and Vectrex. 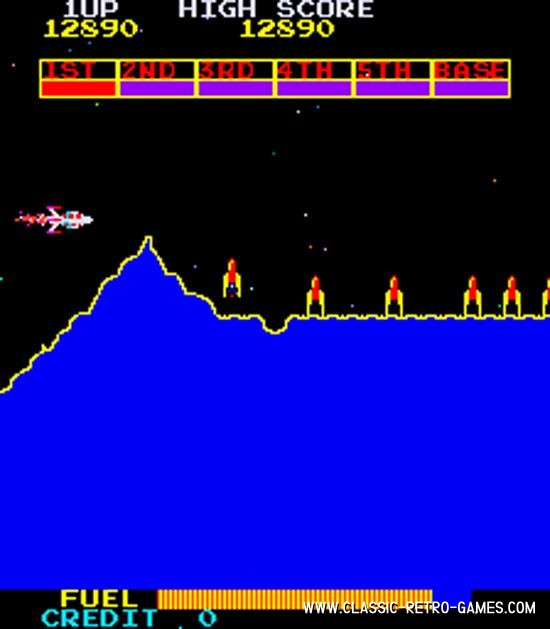 Original release date
Back in 1981