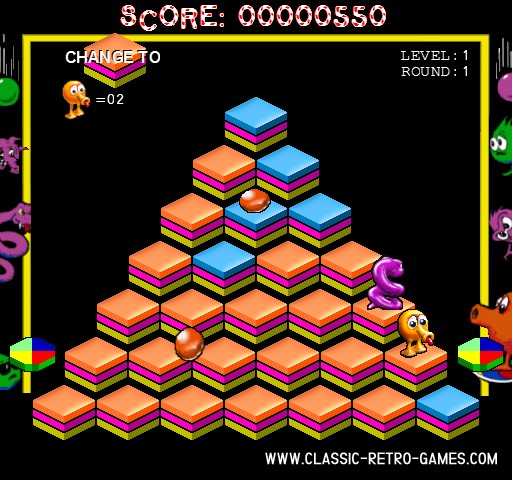 The main character of Q-Bert inspired many other characters in video games today and in animated movies as well. There’s no wonder why! Q-Bert was a masterpiece of the age and it actually became quite addictive for those who played it.

It’s that type of arcade game that makes you play level after level. The game got popular because of the interesting tile-pyramid board. It is one of the first games that approached the hopping up gameplay. This is a 1:1 remake that should be just as addictive as the original! 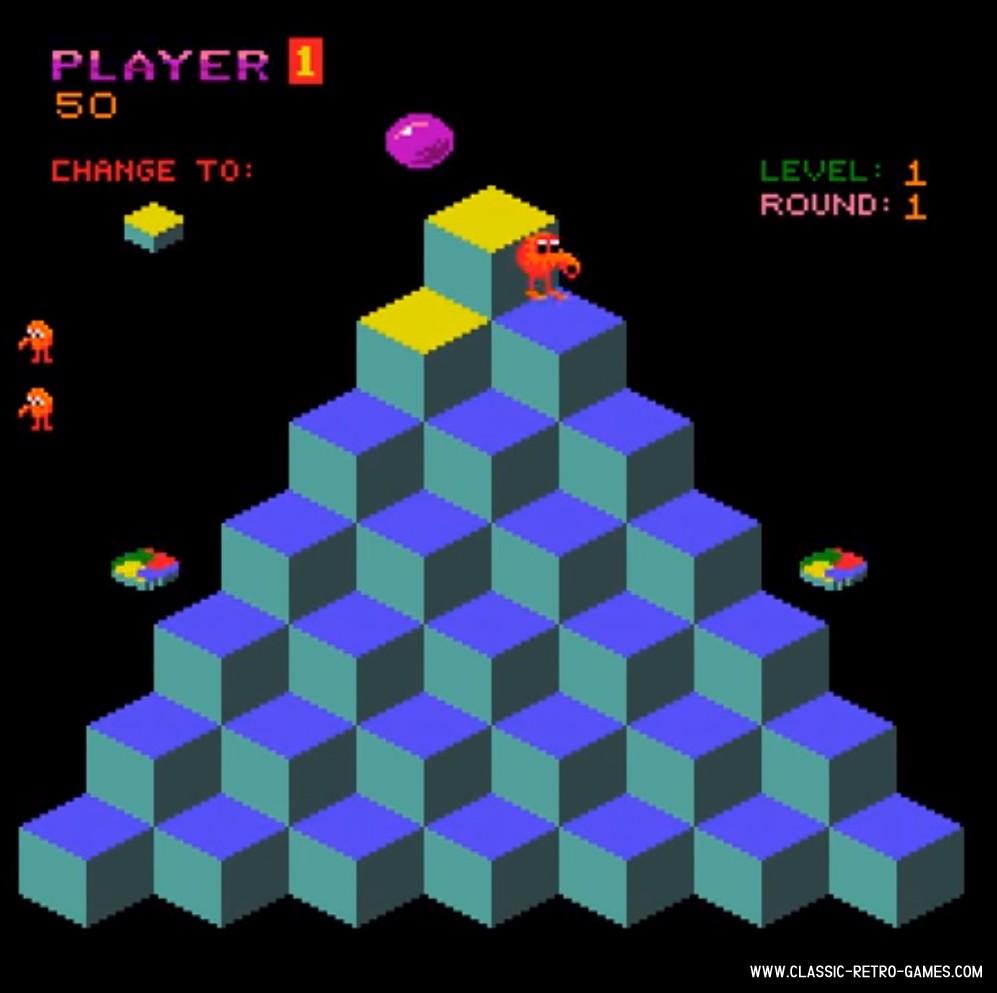